Yet another Hygro from your fishtank friends at Dustin's Fishtanks.

Suggested to us by our friend, Erick Sullivan up in New Hampshire, shoutout! We have also been known for our Hygrophilas. From the mega hardy "Alpha" Water Wisteria (Hygro Difformis, Up the to "Gangster Hygro Cordata Red" and down to the short and stunning Hygro Compact.

Well here comes another one.  Hygrophila Pinnatifida.  Yep and this one is another WOW Hygro.

What we have grown to love about Hygros is there ability to show you "love" with more orange and reds with the more light and fertilizers you give them.

Hygro Pinnatifida is no exception to this.  Under lower light conditions it will stay more green, but under higher light it will give you RED.

This plant is not as easy to keep as other species of hygro. (Generally speaking the thinner and narrower varieties aren't as rugged as the thicker fatter ones.)

This plants is more of a Midground plant and will make a nice contrast to a grassy foreground section.

We are growing this plant in high light to convert it quickly. The tips of the stems haven't rooted yet, but they are close.... This is a sweet plant.

You'll get three stems in a bundle.  DISCOUNTED BECAUSE THEY AREN'T FULLY CONVERTED YET.... but will be soon.

Happy with the plants,good size and excellent shipping fellas!

NICE! tremendous vigor and color on these puppies.

I would call myself a newby to the planted tank world. Tried to keep plants alive desperately as a teenager but never could. Now with some hobby money to spend and youtube at my service, I am counting on success. I ordered a couple of the more discounted multiplant deals just to make sure that they would grow for me, and I do believe that I saw at least on of these fernlike hygrophila in the mix. But this plant really appealed to me so I ordered it as a single plant and it came very healthy appearing and filled out. 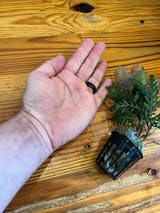 It was exactly how i was expecting it and it gives a great exotic profile to the tank! 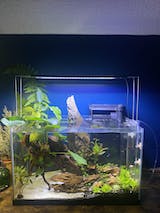 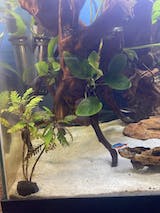 I just got a few. They are small but I just planted them. I can see my fish will love swimming through them. I just love them even if they stay around this size . Pleasantly surprised with the red hues. They may be my favorites!! Dustin's never disappoints. Thank you again! 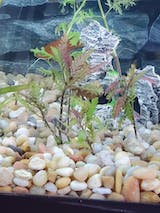